Opinion: My 14-year-old son's solution to the Israeli-Palestinian crisis

As I was driving my son to his Model United Nations conference where they are debating peace and security around the world, we had a good conversation on what it will take to bring a lasting solution to the Israeli-Palestinian conflict. He came up with a brilliant idea. He said, “why not separate Jerusalem from Israel and Palestine?”. I asked why, and his response was that everyone claims to own it – Christians, Jews, and Muslims. So, let it be free for everyone. This got me thinking as we continue discussing the various other options on the table and why they’re failing or will fail.

Option “fight to the finish”: Maintain the status and fight to find a winner, hoping that one of them will either be defeated or give up the fight.

We’ve seen that this approach is taking us nowhere. They have been at each other for decades and all we see if more destruction of lives and property, more hatred and bloodshed, people on the sidelines taking sides due to the religious dimension it has taken, and the exponential growth of so-called freedom movements and terrorism on a global scale - all of them taking lessons from and finding justification from the Israeli and Palestinian conflict.

Option “2 state solution”: Get both Israelis and Palestinians to agree on a 2-state solution with clearly defined boundaries with each maintaining its sovereignty.

This is easier said than done, as we’ve witnessed over the years. No party is willing to give up claim to the disputed territories such as Jerusalem. With disagreements over where the borders should be, there will always be border conflicts. If the issue of Jerusalem is not resolved, the 2-state solution will remain a nice dream.

Unifying Israel and Palestine into one federation will be the ideal outcome. Both Israelis and Palestinians will live together in peace and harmony as one people under one constitution and one government. Some areas will have autonomy on how they are governed, but under one federal government. However, this outcome is idealistic, at least, for now. Israelis will be outnumbered in the new state. Therefore, if normal constitutional democracy is practiced and free elections are held (with one person one vote), chances are that the power will shift to the Palestinians. It is difficult to imagine Palestinians voting in large numbers for Israeli representatives and vice versa. This total shift in power will threaten Israelis’ sense of belonging and will not be acceptable. The only way to maintain that balance of power between minority Israelis and majority Palestinians will be through suppression, i.e. apartheid-style rule so that the minority can maintain its grip on power.

So, now let’s explore option “Free Jerusalem”: Declare Jerusalem as no-man’s land, neither under Israeli nor Palestinian rule; a free land for Christians, Jews and Muslims.

Today, Jerusalem remains the most contentious piece of land for both Israelis and Palestinians. Everyone has historic claim to this parcel of land and no one wants to give it up to the other. Without agreeing on this parcel of land, all other options are threatened. Therefore, it is best to declare it “everyone’s and no one’s land”. Make it into a free zone where every major religion can practice and people from around the world can have free access. It should not fall under Israeli nor Palestinian jurisdiction. Maybe, the United Nations can govern it as a land that needs protection and preservation for the sake of humanity and for generations yet unborn.

Given its religious and historic significance, it will remain the center of attraction for pilgrims and tourists. The revenue generated from pilgrimage and tourism will be enough to upkeep itself and to support other peace initiatives around the world.

(Note: This article was first drafted in March 2017)

16th July 2020 22 years and always looking out for each other. Dear Mariama, thank you for your love and friendship. With love ... 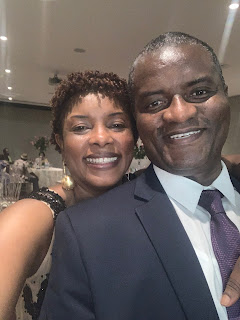