11 May 2020: Reminiscing about joining the UN World Food Programme (WFP)

As I reflect, there are a few similarities in my life between that moment and now. Today, we’re faced with the global pandemic that has forced us to stay off the streets. Back in May 2000, we were forced to stay home because of the civil conflict in Sierra Leone. We had just celebrated my birthday (on 27th April) and my son’s birthday (3rd May) and getting ready to leave and join the WFP family. But the days that followed [and the days prior] were terrible days for the city of Freetown and the country.

My neighbor was the then notorious rebel leader, Foday Sankoh. As part of the peace process and the subsequent peace deal, he was granted amnesty and he was appointed to the rank of a vice President, reporting directly to the President. He was given a house close to where I lived in Freetown. However, despite these peace overtures, he continued to be a menace in Sierra Leone. A few days prior to my departure to take up my WFP appointment, a demonstration to his house, organized by civil society, turned violent. Many were killed and he escaped into the mountains. The military confrontation was terrible. The houses were shaking with the loud blasts of explosives and ammunition of different types. We had to deploy to our garage, which served as the only safe haven in the house – away from the vibrating doors and windows. While lying on the garage floor, under the car, we could hear the footsteps as he and his bodyguards fled past our house into the surrounding hills.

At that time, technology was rudimentary. I had a fixed phone line and a dial-up connection to the Internet. This was my lifeline to communicate with my neighbors and the rest of the world. The only problem was that the fixed phone was located in the living room. Luckily, being a techie, I had wires at home that were long enough to extend the phone line from the living room to the garage. I had my laptop with me in there. This served as my operating base. This is a far cry from the Internet setup that we enjoy today (with WiFi everywhere) while working from home. But it worked. Without that connection I may never had made it to WFP, as I would have missed out on critical information to enable my departure in those trying times.

The country was at a standstill. I was not sure whether WFP will be able to move me or whether they will decide that it’s too complicated to get me out of there. Through back and forth email exchanges with the DPRK office and HQ, WFP was able to organize our departure from Freetown on a UN helicopter to Conakry (Guinea) where I had to process my visa for onward travel to our headquarters in Rome (Italy). After getting stuck in Rome for 1 month due to the closure of North Korea’s border (note: they usually close the border during the North / South summits) and having to travel back to Guinea to renew my visa and pretty much restart my journey, the rest is history.

My WFP journey continues to be an amazing and gratifying experience. 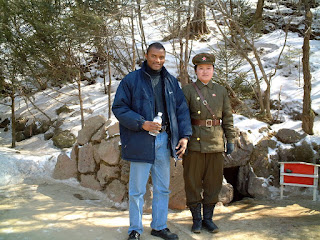 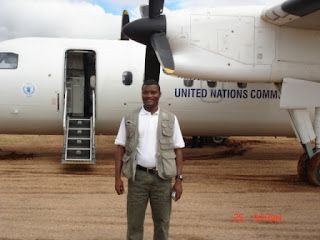 By Alpha Bah at May 11, 2020
Email ThisBlogThis!Share to TwitterShare to FacebookShare to Pinterest

Racism and the confessions of a black criminal

"Here’s my confession. I am a black man. As a matter of fact, a black African man. As a black man, I’m born a criminal. I’m guilty un... 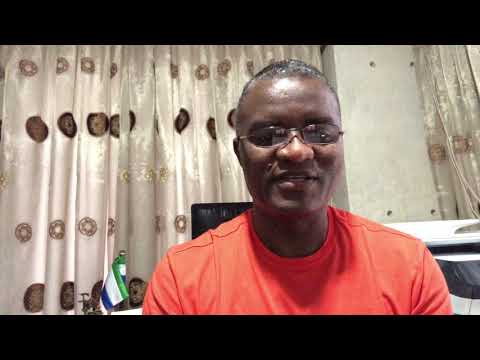